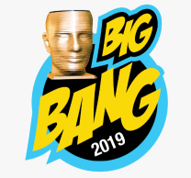 In September 2019, we announced the launch of the country’s first senior living community designed to international standards to the press in a very special way. Veteran actor Zeenat Aman was invited to moderate a conversation on positive ageing and the concept of community living for seniors.

Additionally, members of the media were encouraged to leave a positive word that described seniors on a writing board.

The launch, which facilitated an important conversation and ageing and seniors, won a silver medal for Events including Product Launches at the Big Bang Awards 2019 by The Advertising Club Bangalore.