blogArray ( [post_type] => Array ( [0] => post [1] => article ) [post_status] => publish [posts_per_page] => 10 [paged] => 1 [category_name] => resident-stories )
Notice: is_category was called incorrectly. Conditional query tags do not work before the query is run. Before then, they always return false. Please see Debugging in WordPress for more information. (This message was added in version 3.1.0.) in /data/html/wp-includes/functions.php on line 5313 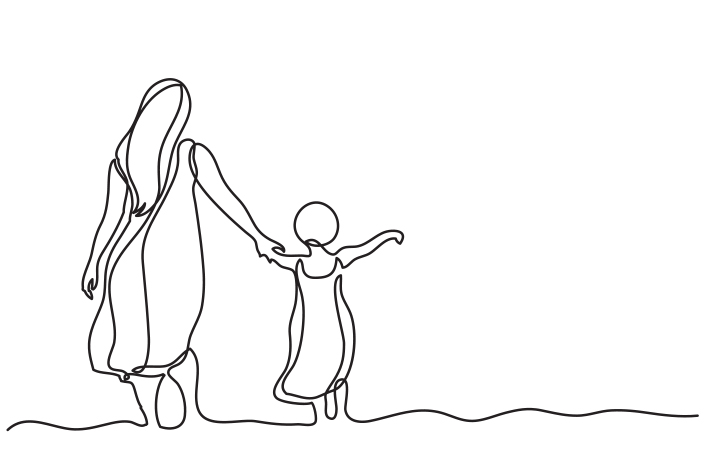 “Why did you marry dad? He wasn’t as rich as you were.” I asked my mother. Now that I was a married woman with three kids, I could ask her that question! I was twenty six and mom was in her late forties. She looked young for her age. She was slim, tall with delicate features. “Well, I was only sixteen when I met your father. He was a law graduate. Many young men from well-to-do families squandered their wealth or did nothing as they were gentlemen of leisure! I saw a spark of ambition in your dad. I was right.” Mom came from a wealthy family. Thanks to the East India Company official, Francis Day who signed a treaty with the local Nayaka ruler and acquired three square kilometers of land on the beach overlooking the Bay of Bengal. That is how MADRAS in South India was born. Trade flourished. Mom’s great-grandfather started a Snuff Company and minted money. By 1712 missionaries were allowed to enter Madras. So, many schools and colleges were started. And Mom’s grandfather graduated from Christian College and started teaching there. Mom’s dad too was a graduate and took up a job in the Imperial Bank. Mom spent her childhood in palatial bank houses with butlers, cooks, maid servants, gardeners, and chauffeurs. I couldn’t contain my curiosity. “Did you leave my brothers and pick me up and leave with dad with just a suitcase?” “Yes, your dad was frustrated with government jobs. He wanted to start his practice as a lawyer in the city. I believed in him and wanted to fully support him. Can you imagine, we moved into a one-bedroom apartment? It was a struggle.” Mom had the privilege of attending an exclusive girl’s school. The founder of the school had combined the best of Western education with Indian fine arts and sensibility, after she returned from the USA. “I remember how you forced me to go to the same school just because you also had studied there. I am glad you did. I had a wonderful education. We were exposed to Science, Western and Indian Music, drawing and painting, theater and sports. We followed our own curriculum and syllabi.” “And I was thrilled when you won the Gold Medal in B. Ed,” added mom. “And thanks for the gift. I love the Italian coral strand.” I hugged mom. I remembered when I informed her that I wanted to enroll for the B. Ed course, she told me that she would train a cook and send him to cook for the family. And she did. She could not leave dad as he was suffering from asthma. When my husband came to meet me and ask for my hand in marriage I was hesitant as he was building border roads along the India- China border. But mom and dad liked him. She believed he would achieve greater things in life. He was educated, polite, courteous, and his ability to get along with people was his trump card! Her instinct proved to be correct. He became the Project Director of the first indigenous missile project in India and went on to win many laurels in both the army and civilian organizations. My mother while at school was inspired by a Swiss teacher who taught her painting. She continued to paint for forty years and held five exhibitions of her paintings. Initially she refused to sell her paintings saying that she wanted to gift them to her children and grandchildren. Finally, she gave in to my persuasion and sold her paintings. She gave the proceeds to an orphanage and to a home that took care of mentally ill destitute women. She set an example to the whole family. Mom was very talented. She played the Veena, a stringed instrument. She could sing classical Indian songs called Carnatic music. She encouraged me to learn classical dance. She would erect a stage in one of the halls with benches and make jewelry with cardboard, silver and gold paper, sequins and beads. We would invite children from the neighborhood and entertain them! Later in life when I became the Principal of a school, I staged about 20 plays in the school. My love for dance, music and theater was nurtured by my mother. She fought a losing battle with lung cancer. In the last six months of her life, she painted seven oil paintings. She helped her five children, twelve grandchildren, her kith and kin, the orphanage and the home for the mentally ill, till the end. She stood by my father through thick and thin. Her dream was realised when my dad became the Advocate General, a Judge of the High Court and a Law Minister! I regard my mother as a role model, a friend, a protector and an angel in the guise of a mother! In my eyes, mom always knew best…   K.NALINI Serene Urbana by Columbia Pacific Communities

END_OF_DOCUMENT_TOKEN_TO_BE_REPLACED

Last week, I was clearing up my attic when I discovered a collection of old photographs. I was drowned in nostalgia as the photographs rekindled memories of some lovely moments from the past. Moments that evoked so many emotions, even after so long. When I hear all the talk about “leaving the past behind,” I think it is too broad a statement. For sometimes, the memories of “sweet somethings” are required to bring back the smiles on worry-creased faces, to turn lines into curves. Why else are alumni bodies so active and school and college reunions such a hit?   I was very much impressed with this wonderful post on social media – “Silence and smile are two powerful tools. While a smile helps to solve many problems, silence helps in avoiding them.” In spite of knowing the truth of this statement, we seldom pay heed to it.   Generally, waiting in queues for our turn at hospitals, labs and banks tends to test our patience. Especially so when we feel that someone has jumped the queue (and that is a universal doubt that lingers!) Just the other day, I had to wait for seven hours to get a few tests done. However, the morose atmosphere of the place was enlivened by the joyous gurgle of laughter of an infant who had accompanied her grandparents.   The forty people awaiting their turn, had smiles on their faces as the toddler made her presence felt, attracting the attention of onlookers. The child kept spreading her infectious smile until she was awake. As the young one stopped entertaining and went off to sleep, the crowd’s patience wore thin, and enquiries about their turn started pouring at the reception desk. Reliving the day, the toddler gave us a little “sweet something” to reminisce.     This blog post is by Sujatha Sathiamurthy, resident of Serene Indus Valley by Columbia Pacific Communities.

END_OF_DOCUMENT_TOKEN_TO_BE_REPLACED

The charm of the unspoken

As I spent a rainy Saturday bird-watching from my window with Sun Music (TV channel) thankfully playing a good selection of melodious numbers, I wondered how fascinating poetry as a medium of expression could be! Poetry truly transcends limits – be it time, space, circumstances, even reason. And yet it is so appealing. The more abstract the content, the more we can relate to it. What a paradox!   By saying less, much is left to the imagination of the reader, and that is exactly why the impact is profound and stays with the reader for long.   While some poets dwell in exaggeration to emphasise their subject’s beauty, using metaphors that spring out of nowhere, others appeal to the language of the heart, without baring it all, in a bid to engage the reader more.   The success of poetic expressions lies in their subtlety. The magic of the unsaid adds to its depth – it is entirely upto the reader‘s stretch of imagination and interpretation! Engaging in poetry is surely a rejuvenating exercise for one’s brain.   I leave sharing some lines that left an impression: “Will walking towards the west make the night fall early?” – Thamarai, Tamil poet   This blog post is by Sujatha Sathiamurthy, resident of Serene Indus Valley by Columbia Pacific Communities.